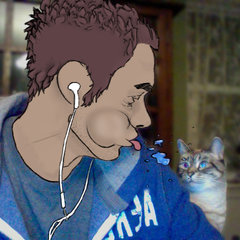 I'm a teacher, 3D artist and game developer from the Philly area. I have a background in both Computer Science (Bachelor's from Villanova University) and Game Art (Bachelor's from Full Sail). I've been doing Game Art for about 10 years and teaching for about 8. For the last 6 years or so I've been working on a game in my free time tentatively called The Come Up. A lot of the images, videos and designs in my portfolio, especially recently, come from there. You can read more about the game here: